Totally Getting this Fitness Thing

Today my fabulous friend Heather and I did a Zumba class. She was a Zumba virgin and I had only been a couple of times but we had a BLAST!! Once you get over the "I look like a moron" feeling, it turned out to be a great workout and we were sweating like crazy by the end of it!! We were definitely not coordinated enough to do some of the moves which involved shuffling feet to a rhythm, moving your arms to a rhythm and doing who else knows what, but we shall grow in time!! By the end of it we were the masters of the cha cha bum shuffle so we are going to adopt that as our signature move. We rocked it! LOL.

I am having so much fun with this fitness regime this time around...so far this week I did my run yesterday, Zumba today, run tomorrow (dressed warmly because BRRRRRR), and either another run on Thursday or a Total Body class at the gym!

Just wanted to share with you guys some of the stuff I have been up to and for the first time in a long time I am actually sticking to something...not just all talk! That's a great feeling!!

Next week marks our Anniversary/Rachel Birthday/Justin Bieber/My Birthday extravaganza but it is also the week that I start Kickboxing with my friend Meredith! Seriously ready to kick some butt. It's always something I've wanted to do so there's no time like the present :)

It's been a great week so far my friends, hoping for many more :)
Posted by Tracy F at 6:49 PM 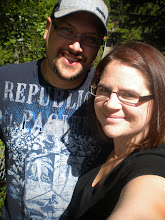